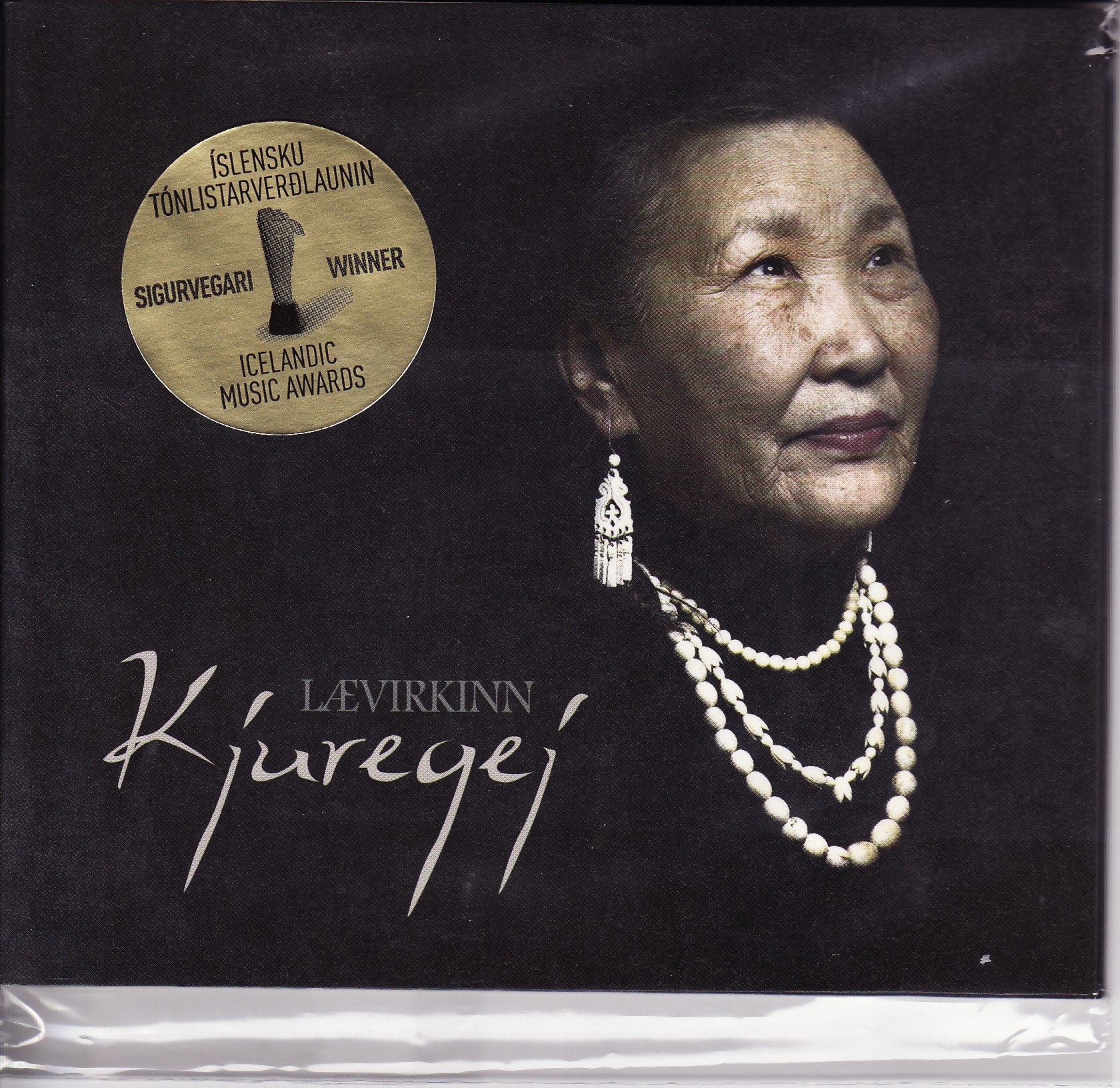 Songs of wind and cold

Kjuregej, or “the lark,” was born as Alexandra Argunova in Yakutia. After 47 years of living in Iceland, she’s returning to Moscow to play in her homeland.

Kjuregej’s music stems from Yakutia’s native traditions, ranging from Siberian folk songs to shamanic chants; hers are the sounds of distant lands, icy cold and endless expanses. She also performs Russian folk tunes and the melodies of Iceland, her adopted home.

Kjuregej was born in 1938 in what is now the Sakha Republic, the northeastern region of oil and diamonds. In 1941, her father was killed in Ukraine during WWII. “I was only three years old, but I still remember when he left us for the front at the beginning of the summer,” she said in a phone interview. “I was standing with my mother in the middle of the road. It was a sunny day, and he was looking back at us.”

After her father’s death, her mother was unable to raise her children alone. She died soon after, and Kjuregej and her brother were taken to a boarding school. Locals told Kjuregej how her father once saved her life with a folk remedy. “I was only one year old and my body was covered with eczema. Father stabbed the calf, skinned it, put me inside [the skin] and held me for two days. The eczema was gone, and that’s why I’m still alive.”

In the early ’60s, Kjuregej moved to Moscow to study acting at the Russian University of Theater Arts (GITIS). There, she met the Icelandic writer and director Magnus Jonsson; after graduating, they married and moved to Iceland. (Kjuregej’s relationship with Jonsson was recreated in the 2008 film “Magnus and Kjuregej,” by Russian documentary filmmaker Yuri Salnikov).

“I love the people, the country and Icelandic folk songs, especially the sad ones,” she said, adding that the cold, labor-intensive lives of people in Iceland and Yakutia have much in common. Kjuregej’s native language is Yakut. Nearly a half-century after leaving the Soviet Union, her Russian is now shaky.

As a schoolgirl, her talent for singing earned her the nickname “Kjuregej,” or “the lark.” Her songs incorporate traditional throat singing and mouth harp, as well as feetstomping gypsy violin and balalaika. In Moscow, Kjuregej will play a set called “Lavirkinn” (“the lark” in Icelandic), with two eastern Icelandic musicians on guitar, cello and banjo.

Since moving to Iceland, Kjuregej has also worked as an artist, actress, costume designer and decorator. For 16 years, she worked as an art therapist in a state psychiatric hospital. She has worked to develop cultural ties between Iceland and Yakutia, opening a Yakut house and culture center in Iceland six years ago.