Non-profit partnership ODRI (ОДРИ, Общество Дружбы Россия-Исландия, Russian-Icelandic Friendship Society) was officially registered on April 11, 2012, by the Ministry of Justice of the Russian Federation. The Society is a successor to another association, the Icelandic Club. It was formed on June 17, 2003, when several Russian tour operators decided to start the Icelandic Сlub to promote Iceland as a country for tourism. Elena Barinova, the director of the Aquacrest (Аквакрест) travel agency, became the President of the club, and Haukur Hauksson, director of the Bjarmaland Travel agency, became the Chairman of the Board.

The first motto of the Russian-Icelandic Friendship Society ODRI – Iceland is more than a country; Iceland is a way of life. It was born when an expert in Icelandic literature Andrey Korovin, who noticed the advertisement of the Icelandic Club, invited a poet and translator Vladimir Tikhomirov to the Icelandic Club.

Very soon a documentary film director Yuri Salnikov who studied at Gerasimov Institute of Cinematography with Magnús Jónsson joined the Club. Through him, we met a Yakut-Icelandic artist Alexandra Kjuregej Argunova, who was married to Magnús Jónsson. Her apartment in Reykjavík got turned into the headquarters of our Icelandic Club in Iceland.

Then we met Ívar Jónsson who had been heading MÍR – the Society for Iceland-Russia cultural relations at the time, and an Icelandic writer, editor, and translator of Russian literary works Árni Bergmann. In Russia, he is famous for his book “Thorvald the Wanderer” about a Viking missionary who connected Iceland with Russia since the time of the Christianization of Kievan Rus’.

During that time a businessman Ingólfur Skúlason who came to Russia in 1989 joined us. He has been dreaming of establishing a community of Icelanders in Russia. Ingólfur founded the tradition to celebrate Þorrablót in Moscow. This Icelandic holiday was held in the Oval Hall of the Moscow Library of Foreign Literature for the first time in February 2004. Since then, this place has become our favorite platform and somewhat like a second home.

In November 2011, Ingólfur Skúlason initiated a General meeting of the Russian-Icelandic Friendship Society. It brought together old friends of Iceland, former members of the Soviet-Icelandic Friendship Society and Icelanders living in Russia, and members of the Icelandic Club, fond of Icelandic music, cinema, and sagas. The motto of the Society has changed – FORWARD, RUSSIA! ÁFRAM, ÍSLAND!

The first founders of ODRI were 15 people. Today, the Russian-Icelandic Friendship Society unites more than 50 citizens of Russia and Iceland. There are three Honorary Members of the ODRI: Ívar Haukur Jónsson, Árni Bergmann and Alexandra Kjuregej Argunova. Currently, the Board of ODRI consists of 10 people. Elena Barinova is the Executive director of the Society on the Russian side, and Ingólfur Skúlason is the co-director on the Icelandic side.

Since July 2018 the medal «For Friendship and Cooperation between Russia and Iceland» was established and manufactured with the financial support of the Presidential Grants Fund. The establishment of the medal welcomed the 75th anniversary of diplomatic relations between Russia (USSR) and Iceland.

The Icelandic Club and ODRI organized and held many cultural events, raising awareness about the cultural traditions of Iceland in Russia, scientific and economic achievements of Iceland. In turn, it opens Russia to Icelanders. Besides, the Russian-Faroese Friendship Society Sóljan has been established under ODRI since 2016. 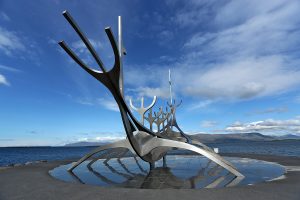 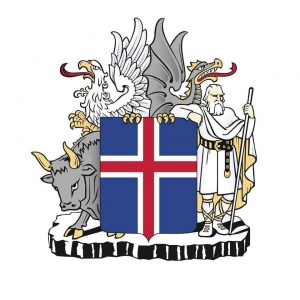